Getting Down to Business in Corpus Christi 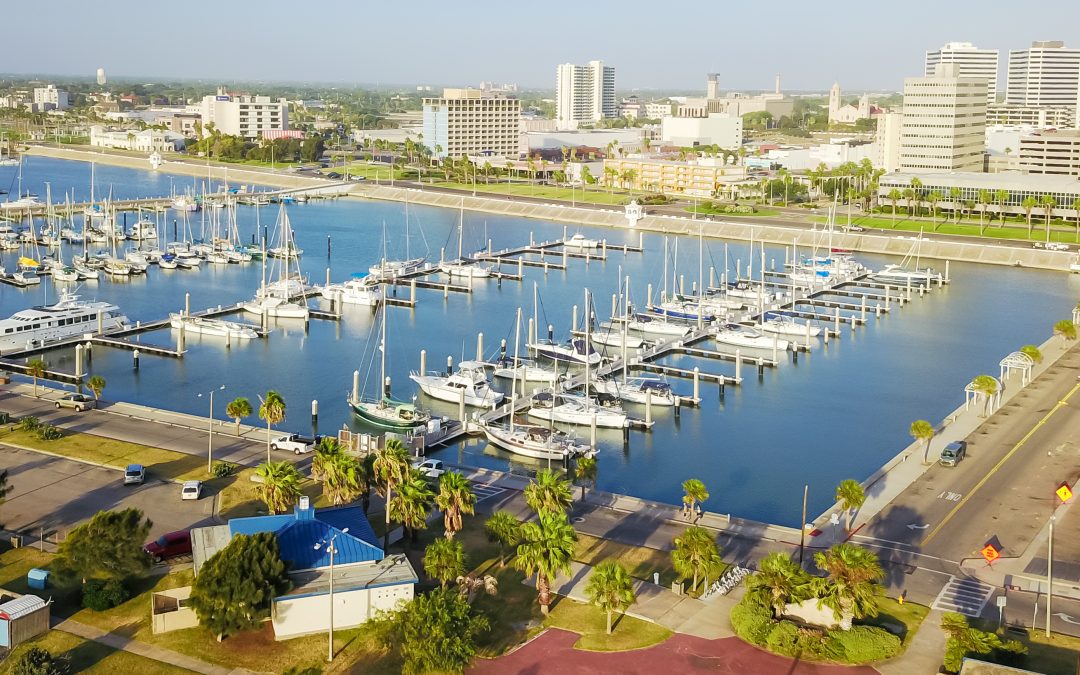 Corpus Christi Texas Real Estate. In 1519, Spanish explorer Alonzo Alvarez de Pineda landed on the shore of a beautiful bay along the southern coast of what would one day become the state of Texas. The spot that Pineda discovered on the Texas Coastal Bend eventually became the city of Corpus Christi, Texas—the largest city on the Texas Gulf Coast and one of the top ten largest ports in the nation. In 1839, one Col. Henry L. Kinney established a small trading post in the same location; it became a landmark on the frontier and was the historical start of business endeavors in the area. When the Port of Corpus Christi opened in 1926, followed by the commissioning of the Corpus Christi Naval Air Station in 1941, the city was well on its way to developing into a regional center of business.

Corpus Christi saw a cattle boom in the late nineteenth century; this encouraged the city to grow such that it became a major shipping destination for cattlemen who would end their cattle drives in the town—especially once two railroads began service there, making cattle transport easier than ever before. In the early part of the twentieth century, the city continued growing and quickly became a tourist destination. As Corpus Christi’s population increased, new industries found a new home in the city. And with the discovery of oil in Texas in the 1930s, the city prospered further.

Today major industries in Corpus Christi and the surrounding area vary. Most people in the Corpus Christi area are employed in the service industries which include tourism; retail and wholesale trades including shipping; as well as governmental sectors; with the largest civilian employer being Naval Air Station Corpus Christi.

The city attracts visitors from all over the state and beyond for its beautiful recreational areas and accessible facilities such as beaches, interesting historic sites and museums like the USS Lexington, notable state parks and educational wildlife sanctuaries including the Hans and Pat Suter Wildlife Refuge, and a wide variety of arts and entertainment and sports venues. Corpus Christi is the newest Texas hub for the oil and gas industry in the state as well: the construction of the ExxonMobil/SABIC petrochemical plant (which was designed to be the largest plant of its kind in the world) began in 2018 and was recently completed,  marking a major economic turning point for the city of Corpus Christi.

Corpus Christi, Texas is a beautiful city that continues to grow and develop as an economic powerhouse city of the state. Corpus Christi and surrounding areas have so much to offer visitors and residents alike. You can’t go wrong with having your vacation home or permanent home in the area!

The team of real estate professionals at WEICHERT, REALTORS® – The Place of Houses in Corpus Christi, Texas takes pride in offering quality service to individuals in the market for a new home. The licensed realtors are ready and waiting to help you find a new home that is tailored to your wants and needs; they can guide you to great homes in Corpus Christi or the surrounding areas. If you are relocating to the Gulf Coast of Texas, WEICHERT, REALTORS® – The Place of Houses is the real estate agency to contact! Visit them online or call them at 361-882-5588.